Chelsea were left stunned as strugglers West Brom breezed past to a thumping 5-2 victory in the Premier League at Stamford Bridge on Saturday.

Things began on an ominous note for Chelsea with Thiago Silva, returning from injury, getting sent off early in the game. However, Christian Pulisic handed the Blues the lead, easing some nerves.

But, some sloppy defending allowed West Brom a way through as Matheus Pereira scored twice in the first-half stoppage time to make it 2-1. After the break, the Baggies were two goals in front with Callum Robinson’s thumping finish before Mbaye Diagne made it 4-1.

Substitute Mason Mount did pull one back for Chelsea but Robinson added another late goal to condemn the Blues to their first-ever defeat under Thomas Tuchel.

Having let in just two league goals under the German up until this point, Chelsea let in five against a team battling for survival, in what was a shambolic display. And the fans were far from pleased with what they saw.

Absolutely embarrassing result, but Chelsea players should keep their heads up after a brilliant run. It was gonna end at some point, a setback makes place for a comeback and the next games will be a true mentality test!

Was one of those days. Our worst performance this season. We go again. UTC

It’s just one loss under Tuchel. We knew it will happen someday. No need to be so reactive. Back the team.

one of the worst defeat bridge has ever seen Tuchel is kinda coach who brag a lot and more stubborn than lampard.Timo,Jorginho and that folded overrated James need to be sub from the ht.Worst chelsea players. Taking pulisic n zyech off left timo n Jorginho is a robbery #Tuchelout

Tuchel is the only man to blame for this defeat by starting:

Same happens every season it doesn’t matter who the manager is too many players in this squad don’t treat every game and side seriously, we get punished for it https://t.co/Nx99VpYDq9

It’s okay to lose but to concede FIVE against a team in relegation zone is Unacceptable! 😠

Thanks for Ruining my weekend Chelsea. 😓

DISGRACEFUL performance in every area of the pitch. Zouma horrendous, midfield was embarrassingly bad (Jorginho particularly), constantly dispossessed and misplaced passes and Werner not good enough (again). Yet another game we should get (and need) 3 points and bottle it.

We will continue to be below par if you rely on players like jorginho and alonso to win you trophies, this was absolutely below par performance from both player and manager. Expected Mount on for Jorginho and Chiwell on for Alonso at first half. Wrong changes today. 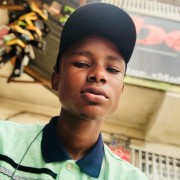 Should Arsenal have had a minute's silence for AFTV's Claude?