Buy Us A Coffee: therichnetworth@gmail.com (PAYPAL)

Warner Bros. has changed the release date for Wonder Woman 1984 so many times that it’s getting difficult for fans to keep up.

After some reshoots in early 2019, the sequel was supposed to hit theaters by the end of last year.

But the studio played around with the release date so much it got caught up in the COVID-19 pandemic.

The most recent delay changed the release date from October 2 to Christmas Day 2020. But a new report claims Wonder Woman 1984 won’t be in theaters at all.

The pandemic has wreaked such havoc on the movie industry that theaters might not survive.

Theater chains across the United States have been desperate to get people back in the seats.

Those that have reopened were hoping that titles like : Wonder Woman 1984,

James Bond: No Time To Die,

would encourage people to return to the theater at the end of 2020.

Warner Bros. shelved Wonder Woman 1984 until Christmas. And, James Bond: No Time To Die got pushed back again until next year.

According to Cinema Blend, after those premiere dates changed Cineworld announced they were closing all of their 543 Regal Cinema locations in the United States.

This is just a temporary measure, but it’s unclear how long they will remain closed.

Before it was pushed back to Christmas, Rolling Stone Colombia decided to feature Gadot on the cover of the October 2020 issue.

The magazine just tweeted images of their two covers.

One featured Gadot as herself and the other showed Gadot as Diana Prince in Wonder Woman’s gold armor.

According to CBR, Diana wears the eagle-inspired armor in Wonder Woman 1984.

This will be the first time the character has worn the armor on screen. However, Wonder Woman has worn it in the comics since 1996.

The sequel will take place several decades after the events of the first film.

Fans will see the character in the 1980s as she fights villains Maxwell Lord and Cheetah.

Chris Pine will return as Steve Trevor, despite the fact his character died in 2017’s Wonder Woman.

Kristin Wiig will also make her debut in the DCEU as Barbara Ann Minerva (aka Cheetah).

After more than a year of delays, Warner Bros. is ready for fans to see Wonder Woman 1984.

The question is: how do they make that happen?

As of the date of this article’s publication, the film is still scheduled to be released on Christmas Day.

But according to We Got This Covered, it might just skip the theater completely.

Warner Bros. just announced they are pushing back the other upcoming releases in the DC Extended Universe.

This includes The Batman, The Flash, Shazam! 2, and Black Adam.

Sources are now claiming that the reason they didn’t include Wonder Woman 1984 in their announcement is that it’s going straight to streaming. Giant Freakin Robot claims that Warner Bros. has looked at all of their options.

They’ve decided at this point that there’s nothing left to do but drop the sequel directly on demand in December.

GFR made it clear that this intel comes from just one source and hasn’t been corroborated.

However, the source has been reliable in the past.

Considering Disney found success with their Mulan release on Disney+, 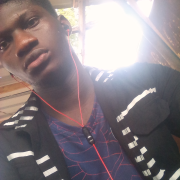